What are the connotations of a woman calling a man a “bananinha da madrinha”?

What does it mean when a woman calls a man, bananinha da madrinha?

What does it say about the kind of relationship between those two people?

Here are some images of this expression in context. 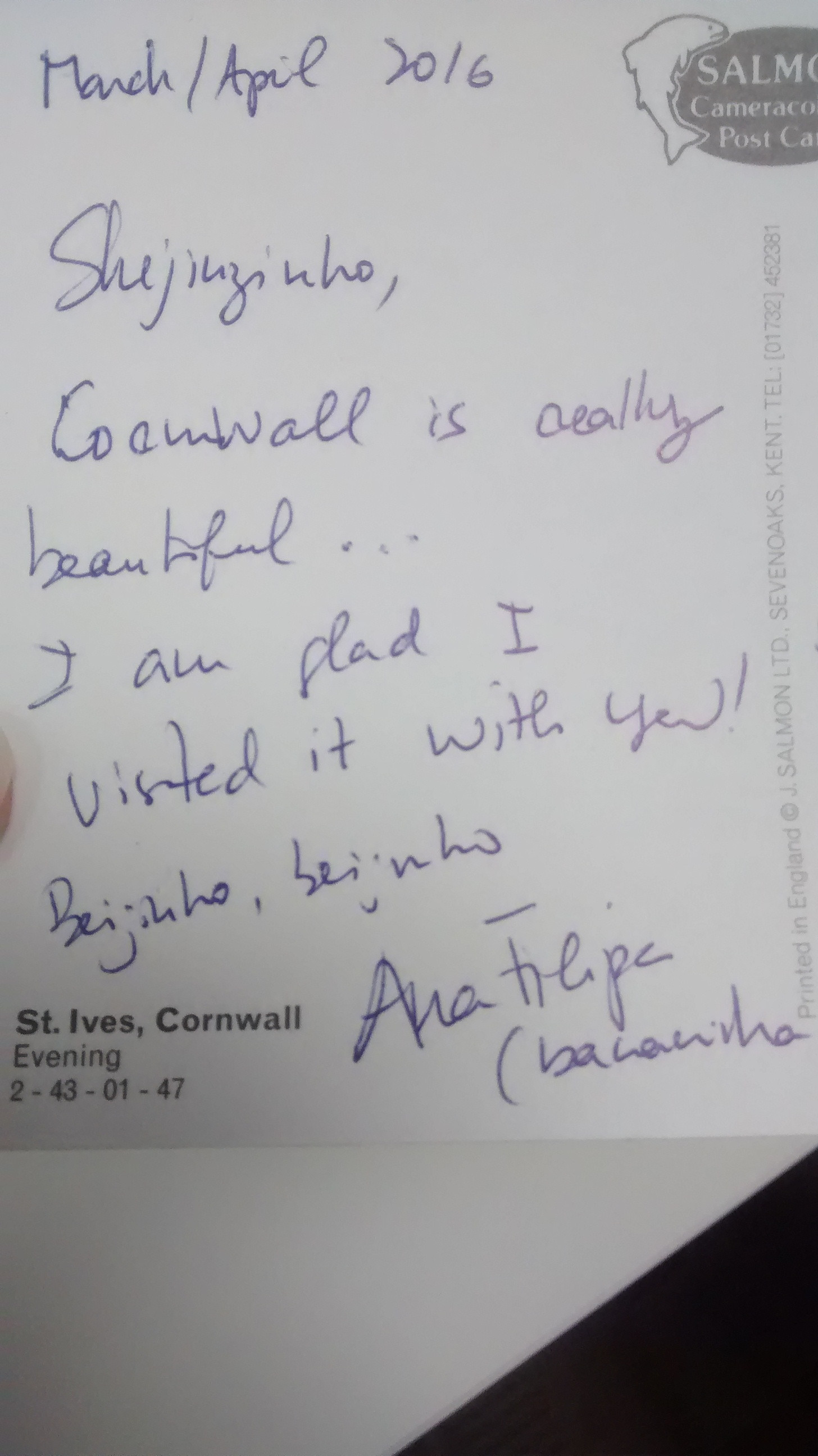 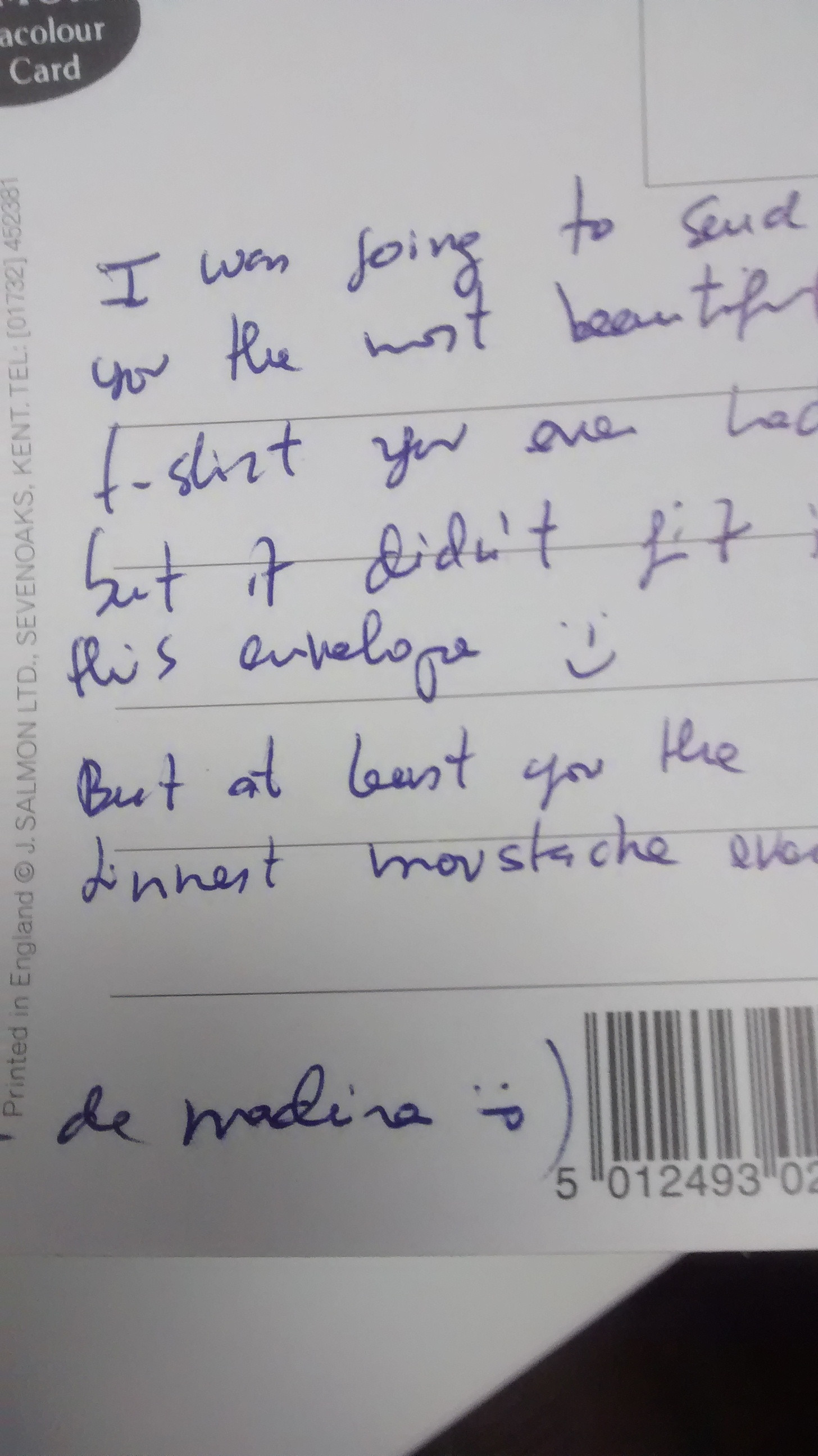 significado origem-histórica
Share
Improve this question
edited May 28 '16 at 21:19

To me, it says nothing about your relationship; it just seems to be a reference to something in the past, that you are expected to remember.

The words are «bananinha de madeira»

So what could «bananinha de madeira» mean?

«Bananinha de madeira» refers to the sender (A.F.) and not the receiver (you). It is written next to the sender's name, like a title or a nickname would.
It should not refer to you.

It seems like she is referring to something you ought to recognize.

It could be meant as a nickname for AF. Alternatively, she could be referring to a place, story, or event that you could remember in order to associate with who was there, and that way remember her more easily.

«Banana» was used in the diminutive.
This is probably a form of endearment. (The Portuguese shopkeepers particularly like this literary device (comical sketch).)

But the words written are «banana de madeira». A wooden banana.
If it was not an accidental typo, I don't really know what it could mean.

what is all this about?
What does it mean?
What could its nuances and secondary meanings be?
And what does it say about the relationship?

I don't know.
It's not clear what it could mean. It seems to be a reference to something that happened, or was told, in the past.

Then instead of thinking too much about it, my suggestion is to take things lightly, make a joke back about bananas, and try to read from the answer to that.
Communication is imprecise, and sometimes there's the need to improvise. :)

baianinha de madeira is the meaning, because when you go to Bahia or Minas Gerais (Brazil) you can see some of these: 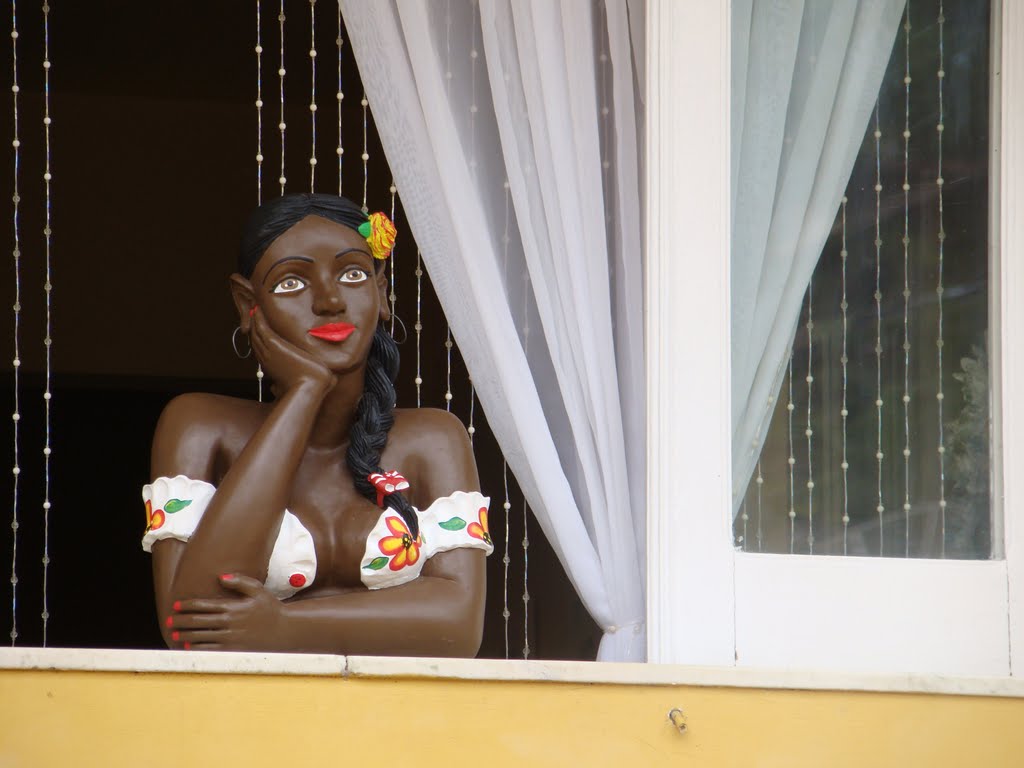 Namoradeira means something like flirt, a name for the sculpture in the image above.

Baianinha de madeira is the other name you can give to it, relates a woman who is waiting a love for her, more romantic.

baianinha has a diminutive suffix inha of the word baiana (someone who is born in the state of Bahia).

de madeira is a quality of that baiana, means made of wood.

Maybe the correct relationship about that postcard is she saying:

I'm waiting for you.

Your Brazilian friend from Bahia.

Considering a postcard, maybe they're so far from each other. Also, by referring a person in diminutive suffix, she is very kind, lovable with him.

Girls in small Brazilian towns had a very strict upbringing, and were not allowed on the streets to meet men. So the girls had to find inventive ways of meeting prospective husbands – and standing on the window, waiting for prince charming to start a chat was one of these methods.

Not the answer you're looking for? Browse other questions tagged significado origem-histórica or ask your own question.